N.B. Please note that the  information shared on the website relates essentially – but not only – to countries that were represented at the First Regional Conference on Cultural Heritage Protection for Religious Communities – Rabat 3rd/4th October 2019). A number of very useful links have been compiled into a non-exhaustive list. We will maintain the website with various topics of interest in the dialog boxes, for your perusal.

The UNESCO Digital Library is a key tool for enabling UNESCO’s mission of building peace in the minds of people, in particular by “advancing the mutual knowledge and understanding, and encouraging cooperation among the nations in all branches of intellectual activity, including […] the exchange of publications, objects of artistic and scientific interest and other materials of information”(UNESCO Constitution). 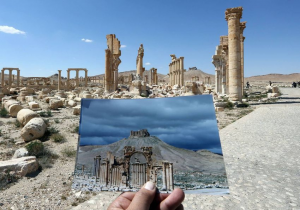 Before and after photographs of the Temple of Bel,one of the most iconic monuments in Palmyra (Syria), destroyed by ISIS in August 2015. 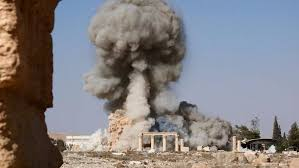 Convention for the Protection of Cultural Property in the Event of Armed Conflict with Regulations for the Execution of the Convention 1954:

ICCROM is an intergovernmental organization working in service to its Member States to promote the conservation of all forms of cultural heritage, in every region of the world. It operates in the spirit of the 2001 UNESCO Universal Declaration on Cultural Diversity, which states that “Respect for the diversity of cultures, tolerance, dialogue and cooperation, in a climate of mutual trust and understanding are among the best guarantees of international peace and security.”

Lamu Old Town is the oldest and best-preserved Swahili settlement in East Africa, retaining its traditional functions. Built in coral stone and mangrove timber, the town is characterized by the simplicity of structural forms enriched by such features as inner courtyards, verandas, and elaborately carved wooden doors. Lamu has hosted major Muslim religious festivals since the 19th century, and has become a significant centre for the study of Islamic and Swahili cultures. 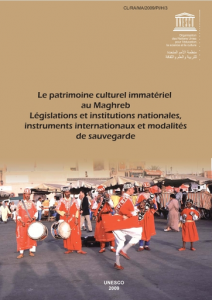 Intangible Cultural Heritage in the Maghreb: national laws and institutions, international instruments and methods of safeguarding. A study carried out at the request of the UNESCO Office in Rabat by Ahmed Skounti, Anthropologist, National Institute of Archaeological Sciences and Heritage, Morocco. 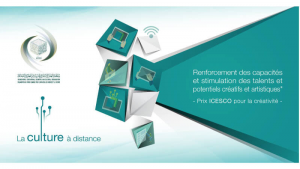 The Division of culture harmonises and coordinates activities and policies across the continent, in order to build further structure and opportunities for using culture for integration and African renaissance, cultural development, promotion of creative and cultural industries. The Division works with the RECs, Member States and development to ensure the implementation of cultural policies that create jobs, promote the continent’s enormous resources and skills, and changes lives.

The Charter for the Preservation of Urban Heritage In Arab countries and its development:

The association of museums of the Mediterranean has given itself the task of fostering links between civilizations, beliefs and convictions, of reducing identity folds and the risks of mutual intolerance, of promoting dialogue between cultures thanks to a better knowledge of the history of Mediterranean civilization, and to promote the learning of “living together” among the different communities.